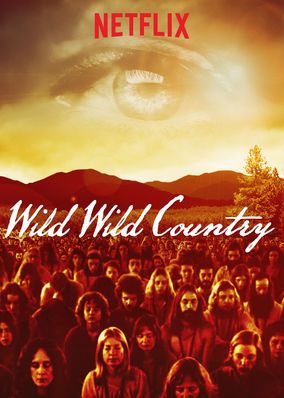 Hey, I’m blogging again! The last post I wrote for this blog was in August 2013. I had closed my blog indefinitely, but I felt compelled to relaunch it after watching Wild Wild Country on Netflix and thinking, wow, Hippies with Guns would make a great blog title.

I put my blog on hold when I fell pregnant for the second time. I wanted to focus my energy on growing a baby and not drinking wine for nine months.

You know what they say in New Age-speak – feel the fear and do it anyway.

Which brings me back to Wild Wild Country. Never have I seen so many peace-loving hippies inspiring so much fear and mistrust while feeling so self-righteous doing it. The egotism is astounding, particularly as these people are all about rising above ego.

This doco was shocking and funny, sad and salacious. It ticked all the boxes: greed, revenge, sex, drugs, attempted murder, fraud, nudity and wonderful cinematography. Even Christopher Hitchens (gee I miss the Hitch) makes an appearance, reporting in his younger days on the growing Sannyasin community in Pune, India.

Admittedly, it looked like they were having a lot of fun at Bhagwan’s ashram in India with all that group sex and dancing, and I probably would have joined them myself had I been old enough. Some of his ideas were undoubtedly liberating. But shit got real when they left India and imposed themselves on Wasco County, Oregon.

First, there was the sheer arrogance of barging in and buying the place up the way they did. Then they shipped a weirdo with a long beard and creepy eyes into the conservative little American town that had been built on Christian values and created Rajneeshpuram, as if it were their divine right, oblivious to local community sentiment.

The mass poisonings and surveillance of the locals that followed did nothing to endear them to the townsfolk. I can’t say I blamed Farmer Joe and his furends when they grabbed their gurns and did a few warning laps of the ashram.

What disturbed me the most about this documentary wasn’t the attempted murder of Osho’s doctor, nor the huge collection of Rolls Royces, nor the amount of over-hugging that went on, but how they treated the homeless people.

They cruised America piling homeless people onto buses to use them for their votes in the local election, all the while making them feel they had a new home, with people who loved and cared for them. Like they belonged. The interviews with the homeless people were heartbreaking because I knew they were going to get burned.

It was party time for a while – free beer and cuddles – but when they were prevented from voting and were effectively useless to the Rajneeshis, they were unceremoniously chucked out of the ashram like stray dogs. Dumped back on the street. Not even returned to the street they once called home, but dumped in a new, unfamiliar street. I hope a few of them managed to get lucky before they were turfed out.

Things went from bad to worse and almost ended in a shootout between the armed hippies and the feds. Thankfully, Osho and his throne were whisked away on a Learjet and the crisis was averted. The feds found him hiding behind a seat – totally innocent of course – on a plane headed for Bermuda with a million dollars worth of diamonds and half a million big ones in cash. Perhaps he planned to feed some starving children with those riches.

The things people do in the name of spirituality!

Everyone hates Ma Anand Sheela, Osho’s secretary, and she was depicted as the real villain of the story. But I found her sort of likeable, the way I found Hannibel Lecter sort of likeable in Silence of the Lambs. Osho was woosy and vain compared to her; she’d give the finger to anyone who crossed her. If you don’t know who I’m talking about, I need only write two words: TOUGH TITTIES.

Sheela may have been a sociopathic, narcisstic egomaniac, but I do thank her for her brilliant contribution to the Aussie vernacular. I use it to quell my children’s complaints over food or lack thereof, as do many other parents who saw that 60 Minutes episode in the eighties. As an eloquent way of saying suck it up, it has no equivalent.

So, thanks Sheela. Thanks Osho. Thanks Sannyasins. And thanks Wild Wild Country. It was a real eye-opener and you got me blogging again. For that, I praise you.

Did you watch Wild Wild Country? Scroll down and leave a comment, I’d love to hear your thoughts.