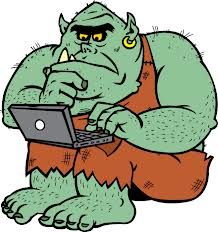 One day in early August, a Canadian university professor by the name of David Lloyd started a bit of argy-bargy in the Maleny & Surrounds Chit-Chat Facebook group.

This particular weekday, a handful of us were clearly procrastinating the afternoon away on Facebook, avoiding whatever work we were supposed to be doing at the time, when we became embroiled in a debate about Maleny’s character.

David, a retired academic and emeritus professor, stirred up a veritable hornet’s nest by daring to make the following statement on OUR page:

“Every time I visit Maleny I am struck by two things, it’s true natural beauty and those who wish to divide the Community. Why is this so? As a professor of Social Psychology it interests me how people live within their construct and not allow others the freedom to also follow their own path, why is this. I use Maleny as an example when I Lecture of division, sub cultures that work as independents, almost an an autonomous collective, stirring at the bottom and brewing to be noticed. If Maleny was a City, I feel it would self explode and this bothers me.”

A barrage of comments ensued, along the lines of:

David answered dozens of comments, but in a passive-aggressive way that began to put people’s noses out of joint. I for one, found myself sickened by his appalling grammar and punctuation. What kind of professor capitalises common nouns like community and city?

Meddling old Dave went on to tell us that whenever he visits our town he notices “increased gossip and division, aggression, lack of consideration and demands of the few imposed on the lifestyle of those who appear to have more.”

Another barrage of comments followed, along the lines of:

And then Maleny local, Graham Earle (an ex-journo by the way) made this insightful statement, which sparked a few light bulbs:

“Hasn’t this town got enough s***-stirrers already without buying into pseudo-academic ramblings from someone who has been in this group for 23hours??”

Graham was right. Why were we wasting our afternoon on this pompous Canadian professor who had nothing better to do than criticise us and our town?

Unless of course, he wasn’t really a Canadian professor but someone from within our own ranks, with too much time on his hands, trying to cause trouble. . .

And he would have gotten away with it too, if it weren’t for us meddling kids!

Some people did some checking.

Darcy Clark twigged that this guy’s profile pic looked just a little bit too generic. He did a Google reverse image search and found that indeed, it was a generic photo of some old guy, plucked from the web and used as a fake Facebook profile pic.

Then someone discovered Dave’s Facebook page had a post about how to start a Facebook argument dated August 3 — a few days before our time-wasting thread began.

Then someone used the F-word to tell him to go away.

Our investigations continued and we uncovered an important detail: he had only been allowed into the Chit Chat group because he was ‘friends’ with ONE Maleny person who happens to have thousands of Facebook ‘friends’ she doesn’t know — including this guy.

We all unfriended him.

We had been TROLLED!

Oh the shame, the shame. Some of us felt pretty butt-hurt because we thought we were smarter than that.

But it wasn’t a complete waste of time. What was intended to divide, actually brought us together. Old “David Lloyd” wanted a shit fight and he got a storm of solidarity. We realised we are proud of our outspoken, engaged, passionate, gossipy, vocal and yes, sometimes divisive, town.

We wouldn’t have it any other way.

So, if you’re reading this “David Lloyd”, go and cause trouble somewhere else, troll boy. And one more thing: If I ever, I mean EVER, see you capitalising common nouns again, writing clumsy compound sentences and using misplaced commas, I will hunt you down and confiscate your computer until you learn basic grammar and punctuation. Professor, my arse. 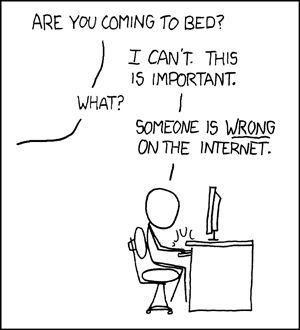