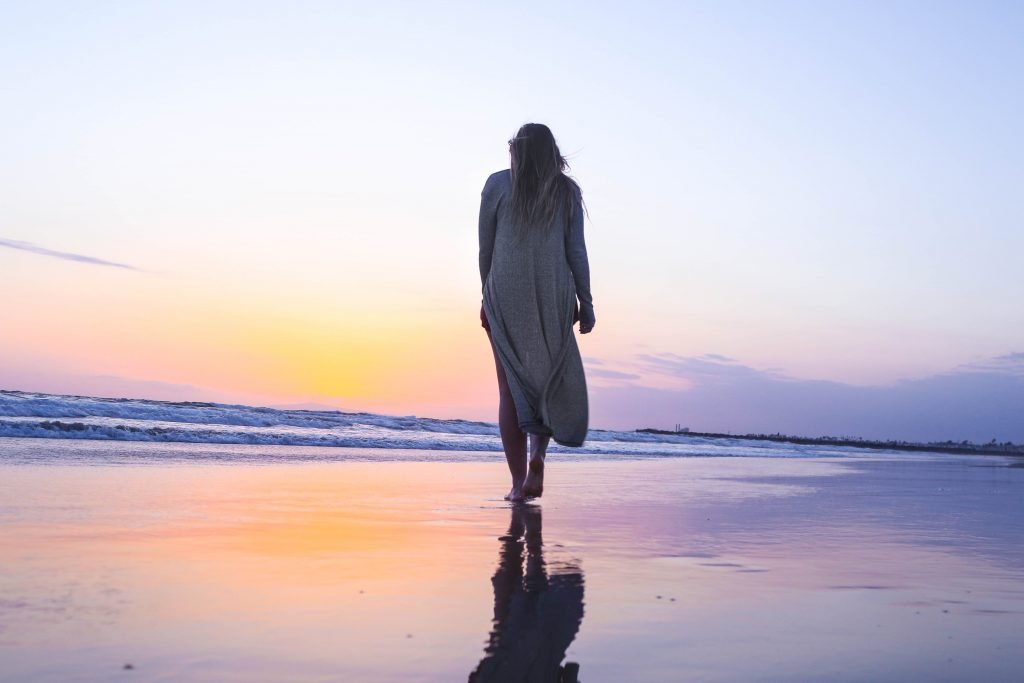 I’ve suffered from self-doubt my entire life. I got good grades at school, but it wasn’t enough. I wanted better grades. I didn’t think I was worthy of love for a long time, so when I found it, I held onto it for dear life, even when it was bad for me.

I didn’t apply for jobs I was qualified for because I was convinced every single person who applied would be way better than me.

I punished myself at the gym to try and achieve physical perfection and then went and undid all my hard work with alcohol to numb the incessant pain of never feeling good enough.

But despite my deep conviction that I was wholly inadequate – which I believe in my case is a combination of nature and nurture (or lack thereof) – I soldiered on. I have a fair bit of mongrel in me, so even when I felt like there was no way I’d get the job or achieve a goal, my fiesty little mongrel fought savagely for it anyway.

And sometimes, I won. I got the job or the guy or the number on the scale or the dress size or the exam result or whatever I was lusting after that week. For a while, I’d feel okay about myself. Until my not-good-enough monster reared its ugly head again.

Nothing has ever triggered more self-doubt than writing my memoir, You Had Me at Hola – In search of love & truth in South America. I thought about writing it for many years, telling myself there’s NO WAY I’d be able to do it and if I did do it, it would be SHIT.

My mongrel fought my monster the entire time I was writing my book – which took about seven years (on and off and interspersed with babies, breast feeding, sleep deprivation and work).

Sometimes I’d get into an amazing creative flow and words would tumble onto the page effortlessly and I’d high-five myself and feel like a real writer. Other times, I’d compare myself to every writer who has ever won the Nobel Peace Prize for Literature and feel like a complete failure.

I’d go to the dentist. Each year they seem to get younger. I’d calculate how much more money they were earning than me and go home with clean teeth and battered self-esteem.

I’d read an amazing book and be completely engrossed in it, then be riddled with self-doubt the second I finished it. How will I ever write like that? I may as well give up because I’m…

Sometimes I have fantasised about going back to being a checkout chick at K-Mart (which I did through high school) because at least I’d be comfortable not putting myself out there, not striving to achieve something seemingly unsurmountable.

I know there are others out there like me, who also have a daily battle with self-doubt, particularly when it comes to creative endeavours, or following a passion, or finding a sense of purpose in life.

I know a woman nearing 70 whose only dream was to be a nurse. She never felt good enough to even apply, let alone complete the study. She has lived her entire life sad and lost, without ever fulfilling her dream.

I know an amazing musician with the most velvety smooth voice you’ve ever heard who has never really put himself out there in public often enough for people to see his extraordinary talent.

I know an exceptionally beautiful artist who has always doubted her painting ability, even though she was commissioned to paint large murals for hotels while still a teenager. She gave up on painting and makes jewellery, which she enjoys. But she has never become the painter she could have been.

I know people who dream of travelling to South America or other edgy places but are afraid it’s too dangerous so they don’t go.

I know people with natural comedic talent who would kill it at stand-up comedy but are too afraid to give it a go in case they fail and get laughed off the stage.

The world is full of people who never tried.

The world is also full of people who tried and became superstars and still didn’t feel good enough.

I’m beginning to realise it’s not just me. It’s part of the human condition. The only thing left to do is to forge ahead and keep believing in ourselves, keep doing the thing we feel driven to do, keep reaching for our dreams and goals even when we feel like there’s no way we could ever possibly be even a fraction good enough to achieve them.

I wrote a book.

It was a lifelong dream. I’m pretty happy with it, if I don’t say so myself. Now that it’s done and out in the world, I am laid bare, open to judgement and criticism. Strangely, I haven’t had any negative feedback yet. It has been universally positive, which is giving me a strange feeling of cognitive dissonance. I was expecting at least a bit of flak. Maybe I’m just not famous enough.

I want to be happy and I want to model to my children what a happy, content person who is okay with themselves looks like. I want them to know they are good enough.

I want everyone to know they are good enough. Starting with myself. It’s still a work in progress and I think it always will be, but that monster gets a little smaller every day. I look forward to the day it disappears.

If I died tomorrow, the only thing I would regret on my deathbed would have been not writing that book. Now I’ve done it I can die in peace – hopefully not tomorrow.

Fast-forward to your deathbed. What’s the ONE THING you would most regret not doing if you died tomorrow?

You can buy my memoir You Had Me at Hola: In search of love & truth in South America here on my website or at Amazon, Booktopia, Barnes & Noble, Foyles, Waterstones and Book Depository. Read the reviews here at Goodreads.

Photo by Jeremy Bishop on Unsplash