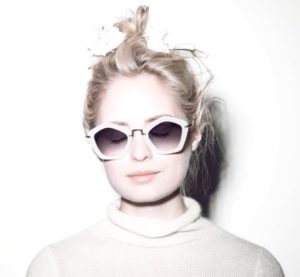 I was a rampant New Ager in the 1990s and one thing I loved to do was surround myself in a bubble of white light when I was in a potentially dangerous situation.

In 1995, I left Australia for the first time and backpacked around South America. I ventured into many a dangerous place with little concern for my safety, because I knew the white light bubble would protect me.

I remember feeling a little nervous catching a bus into Rio for the first time. I was only 23, a young girl with blonde frizzy hair and pale skin, and I knew trying to be inconspicuous in that city of sin and sweat and danger would be difficult without a disguise.

White light did the trick. I partied around Rio at all hours of the night, jumped into cars with intoxicated strangers, danced sexy lambada-ish dances with strange, possibly gay men – and nothing bad happened to me.

I wasn’t travelling alone – I was with my friend Renee and she didn’t believe in all that hippie shit. So I just white-lighted her too, without her permission. (You’re welcome, Renee.)

The one time I had my sunglasses stolen – ripped off my face as I sat in a bus in Lima – I had forgotten to white light myself. Silly me.

Then there was that one time I was almost kidnapped by a gang of drug addicts in the jungles of Costa Rica. Needles to say, I white-light-bubbled the hell out of that shit. An angel appeared out of the trees and read the Bible, scaring off the would-be attackers. True story. (Actually, he was a chubby little Costa Rican guy who really did appear and read the Bible, and I decided he was an angel).

I absolutely believed the white light technique worked like a charm, but I never asked HOW it worked. A bit of blind faith never hurt anyone, did it? The process simply involved me meditating for a few minutes, visualising myself surrounded in pure, white light, holding that image for a while and asking for protection.

Who was I asking? I don’t know – God, Jesus, guardian angels, dead relatives, Bon Scott. Any old being with powers of protection who happened to be hanging around bored, waiting to help a sister out.

Some time in the past 20 years, though, I transitioned from someone who would walk brazenly into a favela during the craziness of carnival in Brazil, believing I was protected by a white light bubble, to someone who suspects it’s all a load of crap and I was just freaking lucky.

Somewhere in between being footloose and fancy free, roaming the world and being besotted with magic and Mayan mysteries, to having two children and being responsible for their entire lives, I ditched metaphysics in favour of science and swapped New Age notions for normality.

Did I become boring? Or did I just become sensible? Is being sensible boring? You tell me.

Some aspects of hippiedom are harmless and some are downright dangerous. When I’m weighing this up, I tend to think of my kids. If either of them told me they planned to travel to dangerous countries with no safety plan other than white light bubbles to protect them, I would cut up their passports.

While the cynic in me no longer believes in white light bubbles and would demand to see a product disclosure statement before I used one again, I don’t see any reason why life can’t be filled with white light bubbles – I like bubbles, they’re fun. Especially in the form of champagne. But you’ve got to balance the bubbles with plain water.

As Carl Sagan said: “It pays to keep an open mind, but not so open your brains fall out.”

Are you a fan of the white light bubble? Or is it all hocus pocus? Do tell…